On May 25, 2011 the Amherst Town Meeting overwhelmingly endorsed a citizen’s petition article which makes it easier to raise hens in town legally!

The new bylaw was designed to achieve three objectives:

1.   To protect the health, safety and care of the animals
2.   To protect neighbors from noise, odors and nuisance
3.   To reduce the bureaucratic and financial barrier to raising hens legally

A small group of residents has been working on this bylaw change for almost a year.  By the time the article came up for a vote it was supported by:

Here is the story…..

Raising egg-laying hens is a safe, healthy and educational family activity.  Hens are quieter, cleaner and easier to care for than dogs.

A major barrier for many Amherst residents to raising hens was our town zoning rules which required many residents to go through a burdensome and expensive permitting process.

A Citizens Petition Article was proposed to Town Meeting to allow safe and responsible raising of hens and meat rabbits in all non-commercial zoning districts while putting the responsibility for protecting the rights of neighbors and the health of the animals in the hands of the Health Director and the Animal Welfare Officer, rather than the Zoning Board of Appeals.

The proposal was to eliminate zoning restrictions against hens and rabbits and allow up to 12 animals by right.  Sites where animals are to be raised will be licensed by the Health Department for a minimal fee, homeowners will receive educational materials on the safe care for animals, and sites may be inspected annually by the Animal Welfare Officer.   The new zoning bylaw is described here.   In addition, changes were made in the Animal Welfare Bylaw to protect the animals and the neighbors.  Relevant sections of the new Animal Welfare Bylaw are posted here.

Many other cities and towns are working on this as well.  Here are a few sample “chicken laws.”   And here is a blog post describing the political process in more detail and sharing some suggestions on how to be successful…

….get involved – it is possible to change the law! 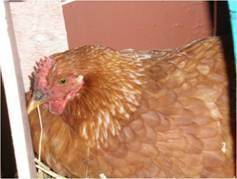