The deeper into gardening you get, the more you see that you are really growing soil — which is a crucial carbon reservoir.

Between the coronavirus and the election, 2020 blurred together in a haze of stress. But for the huge number of people who took up gardening this year, the seasons did not just slip by: They were measured in inches of plant growth.

In the spring, some seed companies saw sales spike up to 10 times normal. The 144-year-old company Burpee had a record year. Like weeds growing up through cracks in pavement, this trend was a reminder of all the ways life continues.

END_OF_DOCUMENT_TOKEN_TO_BE_REPLACED

The US News & World Report published their 2020 ranking of the top agricultural universities, and UMass Amherst ranked 4th in the World and 2nd best in the United States.

“We are delighted by these rankings,” says Stockbridge School of Agriculture Director, Dr. Wesley Autio, when asked about the QS and US News & World Report rankings. “Of course, we think the 156-year-old University of Massachusetts has always been among the ‘go to’ schools for excellent undergraduate education, but it is wonderful to get this recognition” continued Dr. Autio.

The Stockbridge School of Agriculture offers 5 Associate of Sciences, 4 Bachelor of Sciences, M.S., and Ph.D. degrees.   In addition, Stockbridge has an extensive offering of online classes serving working adults all over the world.  The Sustainable Food and Farming Program, which allows students to concentrate on farming and marketing, agricultural education and public policy has grown from just 5 students in 2003 to 130 today.  Other Associate and Bachelor programs focus on all aspects of agricultural science, important in a rapidly changing world.

Autio believes that the international recognition is long overdue and  that “educational programs and our World-class research have really put us on the map.” He concludes “our alums will certainly tell you that Stockbridge is among the top agricultural programs in the world.”

And for information on the online classes, see: https://onlinesustfoodfarm.com/

In the fragmented ecosystems where we live and work, the importance of diversity in our landscapes cannot be over emphasized. Diversity of native plants, insects, mammals, birds, amphibians…. They all play a crucial role in sustaining a healthy environment.

When we encourage a diversity of native plants in the landscape, we provide just one component of a successful habitat. We all learned the components of sustainable habitats when we were in elementary school – all creatures need food, shelter, and water. But what does this mean in a landscape? We need diversity of food: native plants that supply food for insects that in turn become food for other insects, birds, and animals large and small. We must have plant diversity to feed a diversity of creatures, but we also need structural diversity. Places for butterflies to hide at night and moths to hide during the day. Places for all sorts of creatures to shelter from weather, both summer and winter. Places for cover and nesting sites. We need diversity of form: trees, shrubs, evergreens, END_OF_DOCUMENT_TOKEN_TO_BE_REPLACED

Adapted from an article by Elizabeth Henderson in Truthout – June 30, 2019

A cover crop of buckwheat in flower on permanent beds with grass strips between the beds to reduce tillage and provide habitat for beneficial insects.
Elizabeth Henderson wonders about how regenerative farmers can help mitigate climate disaster by returning carbon to the soil while trying to stay in business.

Farmers who are constantly worrying about financial viability have little bandwidth for new practices or long-term improvements that take initial investments. As Robert Leonard and Matt Russell noted in an opinion piece in The New York Times:

“Government programs like the current farm bill pit production against conservation, and doing the right thing for the environment is a considerable drain on a farmer’s bank account, especially when so many of them are losing money to low commodity prices and President Trump’s tariffs.”

The farm debt crisis of the 1980s never completely went away and has now resurfaced with a vengeance. In 2017, aggregate farm earnings were half of what they were in 2013 due to vast overproduction of basic commodities, and farm income has not recovered. The North American Free Trade Agreement resulted in the loss of mid-sized and smaller farms in all three signatory countries as integrated production and marketing favored larger farms.

END_OF_DOCUMENT_TOKEN_TO_BE_REPLACED 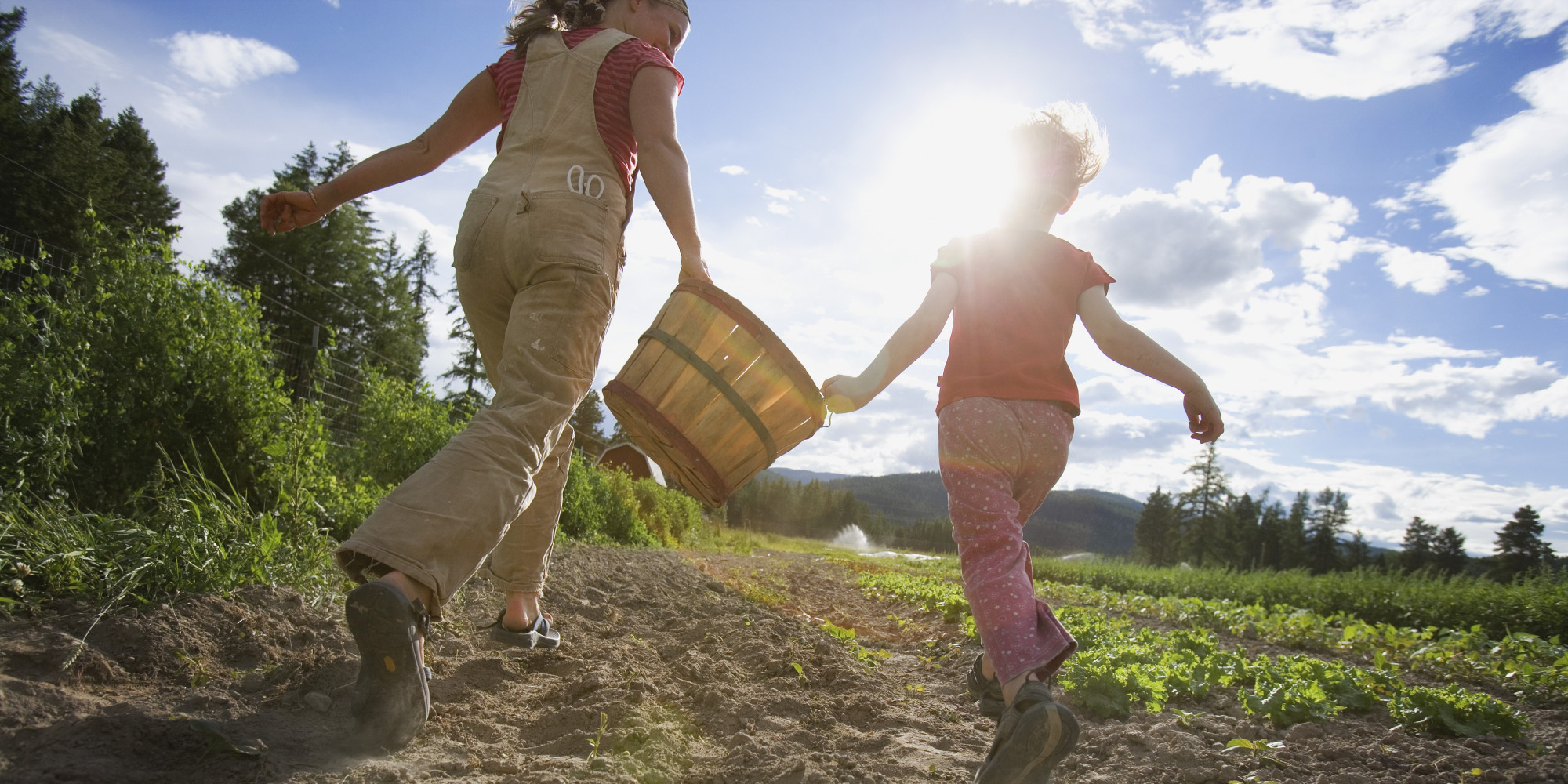 For generations, America’s family farmers have passed down a tradition of hard work and independence. Today’s family farmers share those same core values, but the economics are more and more tenuous. Last year, farmers got less than 15 cents of every dollar that Americans spent on food — the lowest amount since the Department of Agriculture began tracking that figure in 1993.

Today a farmer can work hard, do everything right — even get great weather — and still not make it. It’s not because farmers today are any less resilient, enterprising, or committed than their parents and grandparents were. It’s because bad decisions in Washington have consistently favored the interests of multinational corporations and big business lobbyists over the interests of family farmers. END_OF_DOCUMENT_TOKEN_TO_BE_REPLACED

Did you know that 60% of the students majoring in Sustainable Food and Farming at UMass are women?  Check it out here: https://sustfoodfarm.org/new_students/

Cuba’s former agricultural system—large-scale, mechanized, and “modern”—relied on a steady flow of resources from the Soviet Union. Before 1989, the Soviet Union sent vast amounts of agricultural supplies, including petroleum, pesticides, fertilizers, and livestock vaccinations, to fuel Cuban production of cash crops such as sugar cane, tobacco, coffee, and bananas. The Cuban government prioritized the export of cash crop products and imported 80 percent of what the country consumed: rice, beans, grains, and vegetables. To the north, the United States enforced el bloqueo, an economic blockade against Cuba first established in 1960, prohibiting the flow of goods, including food and medicine, to and from the socialist island. When the Soviet Union collapsed in 1989, severing the supply of food and farming supplies, Cuba woke up to a major economic crisis. Without food imports to stock the grocery store shelves, how would Cuba feed 11 million people? How would Cubans till the soil without diesel to run the tractors? How could farmers stimulate yields without synthetic fertilizers? Agricultural production plummeted dramatically. State farms and factories shut down. Livestock perished. Precious cash crops rotted in the fields and, as a result, revenue from exports crashed.

END_OF_DOCUMENT_TOKEN_TO_BE_REPLACED

UMass Instructor and Program Coordinator of the Sustainable Food and Farming B.S.

degree program in the Stockbridge School of Agriculture, Sarah Berquist, was chosen as the 2019 recipient of the Massachusetts Distinguished Service Award by Phi Kappa Phi, the nation’s oldest, largest, and most selective all-discipline honor society.  According to society President, Professor Theresa Y. Austin, the UMass Chapter recognized Ms. Berquist for her outstanding service to the University in ways that are consistent with the Society’s motto of “Let the love of learning rule.”

With a focus on farm-based education and social equity in the food system, Berquist connects her passion for teaching with community engagement through hands-on projects that are actively working toward a more just and sustainable food system.  In collaboration with the UMass Student Farm, she co-founded and manages the Food for All Program that donated 10,000 pounds of recovered “excess” and “seconds” produce in 2018 to the local relief organizations Not Bread Alone and Amherst Survival Center.  She END_OF_DOCUMENT_TOKEN_TO_BE_REPLACED

America’s sustainable food movement has been steadily growing, challenging consumers to truly consider where our food comes from, and inspiring people to farm, eat local, and rethink our approaches to food policy. But at the same time, the movement is predominantly white, and often neglects the needs and root problems of diverse communities.

END_OF_DOCUMENT_TOKEN_TO_BE_REPLACED

Over the past 10 years, we have seen a tidal shift in awareness about the dangers that climate change poses, and the fact that it’s only going to get much worse if we don’t quickly take dramatic action. In fact, data released just last week found that alarm over climate change in the U.S. has doubled in just the last five years.

Despite the growth in coverage, dialogue, and action to address climate change, food and agriculture remain far from the conversation. And yet we know that food and agriculture play a major role in the production of global greenhouse gas emissions—as much as 30 percent by some estimates. Take the recent interactive report from the New York Times highlighting the ways in which countries can dramatically reduce emissions; it gave less than one full sentence to food and agriculture.

Jon Foley, the executive director of Project Drawdown, a nonprofit organization focused on dramatic reductions of carbon in the atmosphere, has witnessed first-hand the END_OF_DOCUMENT_TOKEN_TO_BE_REPLACED

There’s a price war raging in the grocery aisle—but the people who actually grow and gather our food may be the battle’s true losers. Meet the produce pickers of Texas’s Rio Grande Valley, whose penny-per-bunch harvest helps stock your pantry for less.

By Beth Kowitt and Dan Winters in Fortune Magazine

Our food is cheap—by some measures, cheaper than it’s ever been. Americans now spend less than 10% of their disposable income on what they eat. When researchers first began tracking this figure some 90 years ago, it was closer to 25%.

But the inexpensive supermarket fare that consumers now expect doesn’t come without a hidden human cost. To see, firsthand, the true price of keeping those shelves stocked, Fortune traveled down to the Rio Grande Valley—among the best areas in the country for growing food crops, and one President Trump put in the spotlight last week when he visited the region to make his case for the border wall. END_OF_DOCUMENT_TOKEN_TO_BE_REPLACED