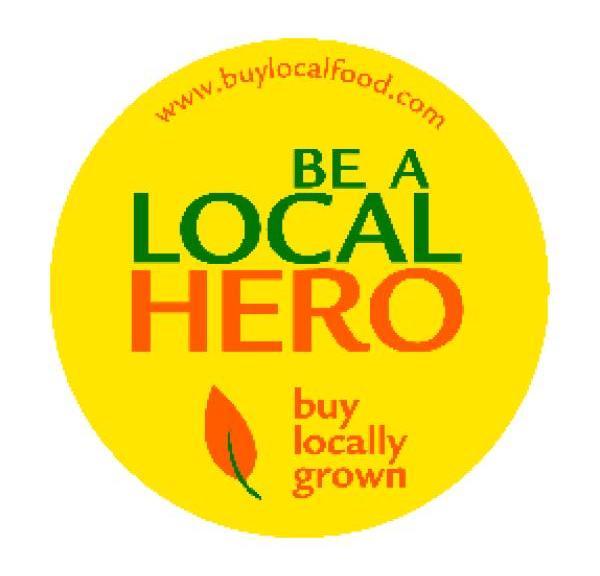 By RICHIE DAVIS in the Daily Hampshire Gazette

The fields around the region seemed a bit bleaker back in the late 1980s, as far as local farming was concerned.

A federal dairy herd buyout program — implemented to cut into a nationwide milk surplus that was really concentrated in Western states — gave struggling Franklin County dairy farmers a way out of their difficulties by selling off their operations, and selling off their land to developers.

Many of the farms that dominated the region tended to be large operations that sold primarily potatoes, onions, corn and other commodity crops to wholesale markets and tried to squeeze profits out of long days and a limited growing season.

But there was also a new energy taking place, recalls John Gerber, a professor at University of Massachusetts Stockbridge School of Agriculture, who helped launch CISA.

“We’d just gone through a terrible crisis in Massachusetts agriculture, but at the same time we were starting to see CSAs (community supported agriculture farms) popping up,” Gerber said, and a segment of the population pushing for more earth-friendly farming practices, including organic agriculture.

The committee learned that the W.K. Kellogg Foundation was offering grants to communities that were working on food systems, applied and won $1.2 million to help farmers create and implement a vision of a more sustainable food production system as well as identify and address the main obstacles to achieving it.

Out of that grant grew Community Involved in Sustaining Agriculture, a Deerfield nonprofit organization that has helped dramatically affect the attitude toward farming not just here but nationwide. This year marks its 20th anniversary.

“We need our farmers, and they need us,” said Juanita Nelson of Deerfield, who along with the region’s food co-ops, was one of the honorees at CISA’s annual meeting Friday in Northampton, and who in the 1980s was one of the few area farmers selling at a Greenfield farmers market .

Finding ways to support the region’s farmers was central to CISA, which immediately focused on increasing the market share for area farmers by trying to build connections between residents and farms in the area.

By doing market research, said CISA Special Projects Director Margaret Christie, “We learned that people in this area already cared about local farms and saw the connection between how they spent their food money and how it helped the local economy. They didn’t need us to point it out to them, but we made it easier for people to act on that and to show them they could make a difference and how they could do it every day.”

Even before CISA formally launched its “Be a Local Hero” campaign, with advertising, a widely recognized logo displayed at supermarkets, farm stands and restaurants, one of the organization’s working groups began meeting with dairy farmers to launch a small local milk marketing cooperative, Our Family Farms, to allow them to increase their profit.

Some farmers in the region were skeptical of the Amherst-dominated group that had just won a $1 million grant and had Hampshire College as its sponsoring umbrella — especially because it was suspected of pushing an organic agenda over more conventional approaches. But Christie, who began working for CISA soon after it was created, recalls, “I think people began to see bringing consumers on board with regular promotions and opportunities to connect to farms could make a difference for their businesses, and they wanted to be a part of this. They could see it was making a difference. There’s always skeptics out there, but there were fewer of them.”

“Local zeroes” was how some of those early skeptics reacted, recalled Upinngil farmer Clifford Hatch, an early chairman of the effort.

Hatch, whose own farming operation has been helped by the emphasis on local agriculture that now is taken for granted in this area, says, “To tell the truth, we really astounded ourselves when we evaluated our work and found what the market penetrations had been.” Even Kellogg wasn’t convinced that the marketing campaign would work, recalls Ed Maltby, who taught agricultural courses at Smith Vocational Technical High School at the time and then was involved in helping efforts by Our Family Farms and Adams Family Farm to launch processing facilities.

But the Michigan foundation was later so encouraged by what it saw that it provided another $450,000 to help other groups around the country do similar work.

“We came up with something that was very relevant to the Valley,” Maltby said, and that eventually even caught the attention of Kathleen Merrigan, the current assistant U.S. deputy agriculture secretary, who has promoted a “know your farmer” approach.

“We started the ‘local hero’ campaign nationally in 1999, and 10 years later, it was like the New York Times discovered it,” said Philip Korman, CISA’s current executive director. Korman says his concerns about taking the organization’s reins in 2008 as the economy soured have been overcome by seeing a growth in memberships — now at 355 farms, restaurants and organizations around the three counties — as well as sale of local products.

“I was a little concerned, about whether people would still stay focused on buying locally when they might have a little less discretionary funds, was this going to be a fad that would ebb and disappear. But people are willing to learn some new skills, alter their shopping patterns and are wanting to get more connection with farmers. It’s helpful to have the national culture echo the message that we brought.”

Changing mind-set at UMass and the Region

The surprise, for some, has been also in the number of young farmers who have been attracted to the region as CISA has contributed to a change of the cultural mind-set.

“What I couldn’t have predicted was the number of young people bringing creativity to the marketplace,” said Gerber, citing enterprises like Valley Green Feast home delivery service and Many Hands Farm Corps internship training program for farm workers. “They’re doing things no one had thought of before. That’s what was exciting: Things (like CISA) have certainly changed the landscape that makes it more receptive to those kinds of experiments.”

In fact, Gerber said, the launch of a UMass degree program in sustainable agriculture — like a similar program launched last year at Greenfield Community College — is a direct result of a renewed interest young people have in farming.

“CISA helped provide a context for that,” Gerber said, “a visibility nationally that something’s happening here in the valley. UMass just happens to be sitting in a hotbed of sustainable agriculture. The excitement that CISA represents says, ‘Something’s going on here.’ I’m getting calls from North Carolina, from California, from Arizona from people who want to transfer to UMass. Partly, it’s the farming in the Valley, partly it’s CISA bringing visibility to all this. It’s really cool.”

Vicki Van Zee, an early director of the farming nonprofit, recalled that the median age of farmers 20 years ago was around 60 in the Pioneer Valley, and that has dropped dramatically.

“What’s completely a gleeful surprise is the amount of young folks who are as interested in farming as they are. They’re the ones leading the charge now, seeing this value of farming small, that you can make a living from farming with a couple of acres and much more relational marketing.”

It’s also a surprise, she noted, that UMass, which started out as an agricultural land-grant institution, has been able to make dramatic change and launch its new program in response to this trend.

If young farmers have been attracted to take some of the courses offered by CISA and other organizations in order to start farming, that’s because CISA has helped farmers gain a new respect, Maltby said.

“Why Massachusetts has been increasing the number of farmers whereas every other part of the country it’s dropping, is … there’s a level of respect. I remember a very poignant moment when Our Family Farms was asked to be in the Franklin County Fair parade, and (co-op member) Debbie Duprey was nearly in tears at the end of the parade because she said people came up to her and thanked her, and nobody had ever done that for her as a farmer.” The renewed success for farming in the Valley, in fact, has helped drive up competition for good farmland, Maltby said.

“There’s so much competition for good land,” said Valley Land Trust Executive Director Richard Hubbard. “CISA’s raised the awareness of buying locally and that’s generated a bigger demand for that kind of product, which gets people more interested in farming, and they realize they might actually make a living doing it. As a result, we’re getting calls from people looking for farmland,” at the rate of one or two a week.

CISA — which also helped fill the role left by a diminished Cooperative Extension Service beginning in the late 1980s and the 1990s — has also helped farmers by offering an array of workshops about marketing, business practices and planning, and other technical skills for which a new generation of farmers may not have been trained, said Van Zee and others. And in recent years, it’s also helped examine issues that will affect the future of agriculture in the region, such as the need for processing and storage facilities and ways to comply with new federal food safety regulations — while also advocating that those regulations need to take into account small farm operations.

As it marks its 20th anniversary, Korman says, CISA will be pushing to play more of a role in Hampden County, where about half the population says in a 2012 marketing survey that they recognize the “local hero” campaign, but the organization will face challenges of dealing with a more urban population further removed from farms, with more cultural diversity as well as urban poverty.

To do that work, and while continuing programs like a disaster relief fund set up in the wake of devastating storm damage in the past two years, Korman said CISA will need more staff. It’s launched a $100,000 challenge fundraising campaign that will match, two-for-one, every dollar raised.

“CISA, along with its farmers, has changed the culture here locally,” Korman said. “More people care about local agriculture. The respect that farmers have always earned, but not always received, can be passed along. Now someone can be excited as a 25-yearold to be a farmer, and farmers can be respected by people who will look out for them.”