Honeybees are on the job from the moment they emerge from their nest. But their work, which helps create one-third of the earth’s food, is in jeopardy.

That crisis in the hives is what drew more than 150 people to a special Communities Involved in Sustaining Agriculture showing of “More Than Honey,” a 2012 Swiss documentary last week at Amherst Cinema. Yet the mystery of Colony Collapse Disorder, a set of conditions that’s killed off more than 10 million beehives since 2006 in this country and, the film suggests, has decimated 50 to 90 percent of all bees, depending on what part of the planet you’re on, remains as mysterious as its name.

“If bees ever die out, mankind will die out four years later,” is a message in the film attributed to a quote by Einstein. A panel consisting of Dan Conlon of Warm Colors Apiary and Ben Clark of Clarkdale Fruit Farm, both in Deerfield, and Phil Korman, executive director of CISA, agreed the threat posed to the food supply is serious.

“These bees live a hard life,” said Conlon, reflecting on the rigors of dealing with industrialized agriculture, pesticides and other factors shown in the film.

But this area suffers less from some of the causes of the die-off of honeybees, including pesticide use by farmers and their working with migrating pollination contractors, said Conlon, who rents his hives to just half a dozen area fruit and other growers. “The kind of farmers I deal with would never spray my bees.”

Unlike professional pollinators delivering millions of bees to North Dakota, many dead on arrival after a 1,700-mile drive from California as part of an annual migration, Conlon’s hives are moved 20 to 30 miles and fed honey rather than a corn-syrup mixture that he says is a mainstay of commercial apiaries. 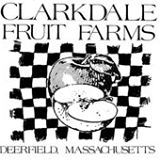 “It’s a stark contrast for us,” said Clark about the dependence of migrant colonies for California’s 810,000-acre almond-growing industry. Without bringing in any man-made hives, “We use all native pollinators. We have diverse crops, with peaches, apricots and cherries early on, so there’s a long feeding time for bees and other pollinators. I was really alarmed at the commercialization of that whole industry,” as shown in the documentary, including daytime spraying of almond orchards where bees collect fungicide along with pollen.

Clarkdale uses an “integrated pest management approach” that minimizes pesticide use and during pollination season sprays only at night, when pollinators are in their hives. “That’s your livelihood. If you wipe out the bees, you’re not going to have anything there. As farmers, that’s something we just don’t do.”

But Conlon, who lost about 30 percent of his hives over the past winter, because of everything from bears to a seemingly worsening breed of small hive beetles, said, “It’s a much bigger thing than just pesticides. … It’s the whole environment that’s coming into play with the bees.”

Honey producers, who feed their brood honey rather than corn syrup, have seemed to fare better because honey helps bees activate their immune system to filter out toxins, said Conlon.

The top problem for beekeepers around the world, especially since the late 1980s and early 1990s, is the Varroa destructor mite, followed by the loss of genetic diversity. Another key problem is loss of habitat for honeybees, with large areas of this country no longer growing food to support pollinators.

“One of the reasons Ben can still rely on native pollinators is that western Mass. is still pretty much intact, with a lot of native species doing pretty well around here,” Conlon said.

That is in sharp contrast to parts of China where pollution has so decimated the bee population that humans have to physically go from flower to flower in orchards brushing petals with pollen.

A real concern for beekeepers, said Conlon, is lawn-care applications of “neonicotinoid” insecticides which indiscriminately destroy the nervous system of any insect.

Although restrictions may finally be tightening, Conlon said, “You can buy them in any store by the gallon, and any homeowner can spray their entire yard with the stuff without any kind of licensing or training.”

Until parasitic mites became a problem a some 15 years ago, common practice among beekeepers was to let their queen bees mate with wild drones. But those fertile populations were also killed by the mites, “so for the first time, beekeepers have become critical to keeping bees going. They probably would have died off by now. Historically, we’ve moved the bee from being a wild creature to a domesticated creature.”

What that means, though, is that the bees that remain “aren’t as resilient, they aren’t as tough,” said Conlon, who this year began working exclusively with Russian bees under a U.S. Department of Agriculture program. Those hardy bees have many of the same immunities to pests and disease resistance as harder-to-manage Africanized bees.

Sponsored by the Community Involved in Sustaining Agriculture

Video trailer on the Web: http://binged.it/1gkT2QM